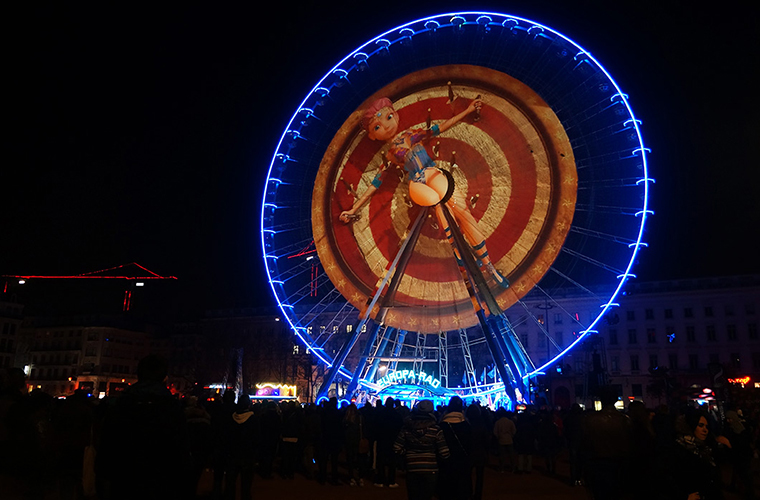 Being in Lyon is like being in a melting pot. A bit of the Savoie and Drome regions. In addition, you can throw in a bit of Italy as well. The yearly festival of lights celebrates Lyon’s customs and traditions. In a contemporary overtone. This is my photo story.

Magical Lyon. On one side you have the river Rhone. On the other a smaller watercourse called the Saone. Between the rivers and the mountain sits Lyon. The Romans once called it Lugdunum. 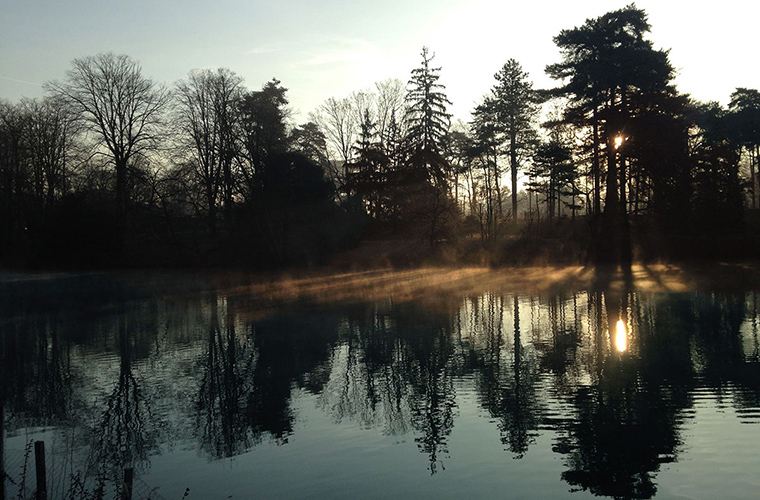 Morning mist and sunrise in Lyon

The city is better known as France’s gastronomy capital. Restricting yourself here is not even possible. Stretching the stomach muscles in one of the various “bouchons lyonnais” is mandatory. Bouchons are traditional restaurants serving typical earthy yummy food. Indulging in traditional delicatessen such as “Bugnes” or “brioche aux pralines” is a sport. One you can only oblige to. And i would say oooh so happily.

We strolled the city and reach “la place des changes”. This is the heart of the city in the “vieux Lyon”. The streets are narrow. The buildings are high. Courtyards are the prettiest. The “traboules” are fascinating and surreal. They are tiny alleyways leading from one place to the other through buildings. This is fascinating. A perfect step back in time.

We meander towards the hills to La Croix Rousse. The atmosphere changes as we move along. Also known as  “La colline qui travaille”, it is home to the former working class “les Canuts”. 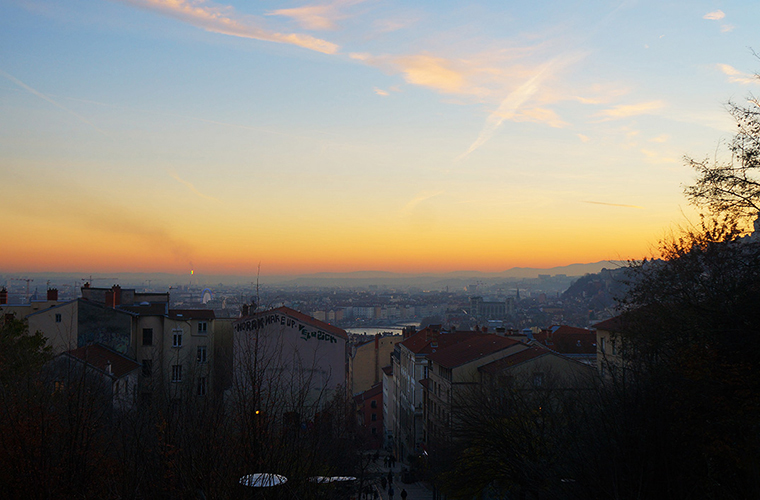 Sunset in the city from Croix Rousse, Lyon – before we attend the festival of lights

Walking up to la Croix Rousse gets our hearts pumping. Literally. Steps; steps and more steps. It’s very much the case of stop; Breathe; Look back; Marvel at the view. Repeat. The buildings here are strikingly simple with no decorations. The windows are surprisingly high. The silk weaving tradition and culture remains as weavers used to work and live in these flats. Hence the high windows. Street art here is vivid and impressive.

Our wandering continues as we head towards Fourviere. This is “la colline qui prie”. It is home to former religious congregations. The enormous basilica is the reflection of local customs and beliefs. Stained glasses. Mosaics. A profusion of ornaments. The streets are quieter here. The change of culture is fascinating. The view over the panorama below is a gem. 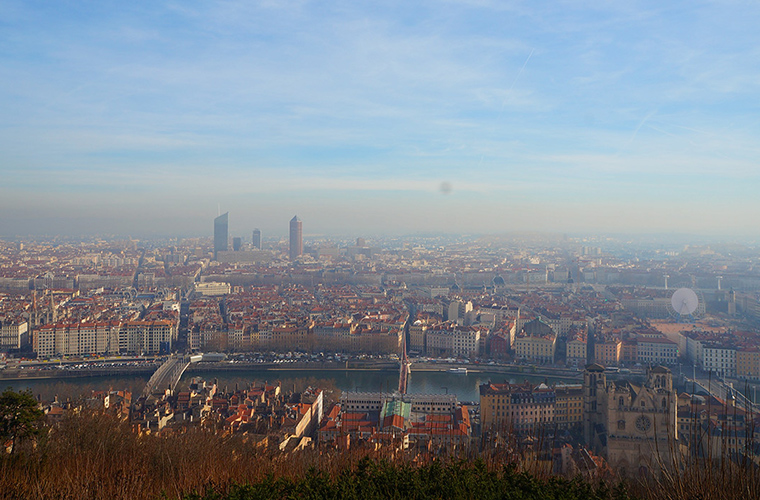 A festival of lights or when magic takes over

Lyon has a seemingly endless relationship with lights. When darkness falls the city glows. The emphasis is on culture. Lyon celebrates its memories. This snowballs during the festival. The atmosphere is that of a magic fairy urban jungle. It wraps the whole city. Buildings come out of the shadow as if wrapped in softness. They blossom into magical living creatures. Renaissance is the world. 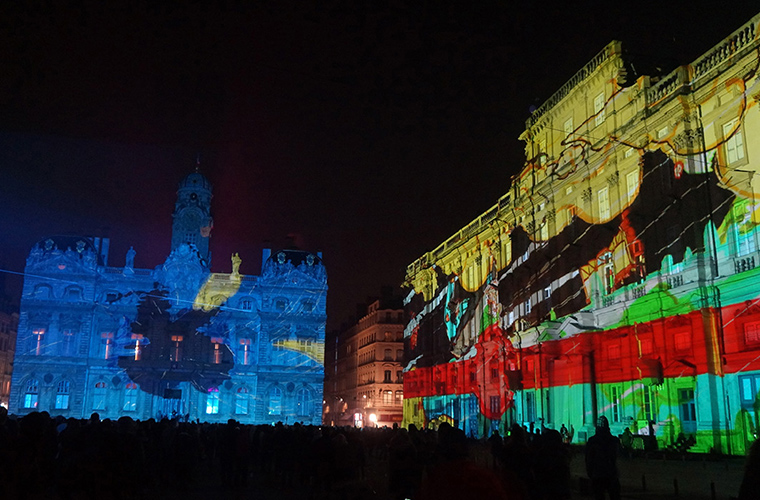 Streets are covered with various illuminations. The same goes with squares and parks. Building facades shine brightly. Roofs dazzle. An array of artists come together to create this magical atmosphere. This is how Lyon expresses gratitude towards Mary it’s guardian angel. This is how Lyon celebrates. 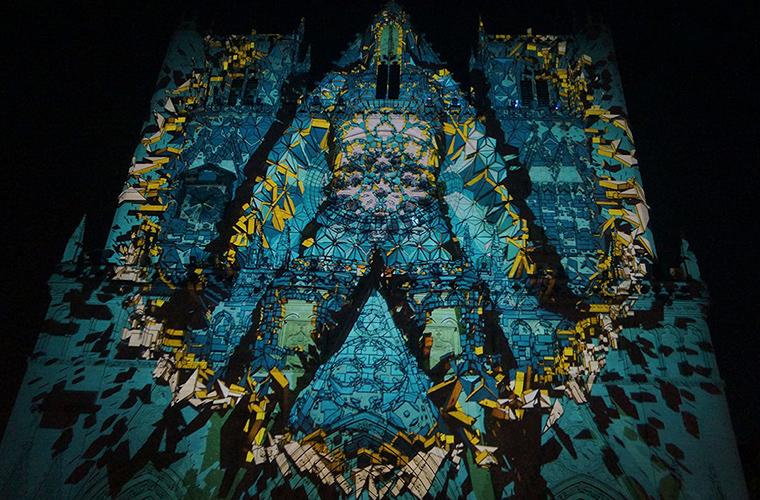 A jaw dropping illumination at eglise Saint Jean, vieux Lyon, during the festival of lights

People in Lyon have great fondness for the traditions of their city. This is part of their upbringing. Many have preserved their cultural beliefs for multiple generations. The festival truly cements the age-old traditions and beliefs of these cultures. 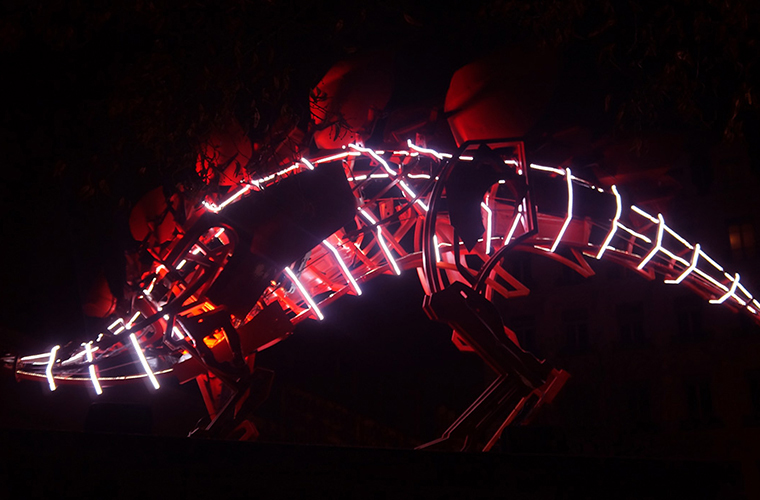 I’ll will return to Lyon again next year for a completely different experience. 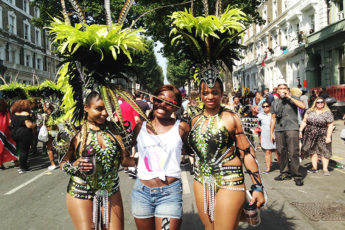 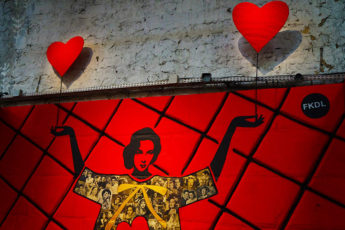 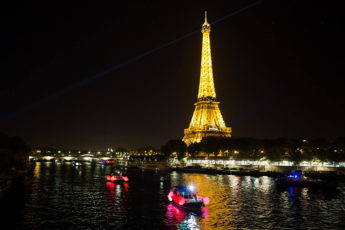 « Previous post
Luxembourg city: experience Europe’s most beautiful balcony
Next post »
Experience Paris in the autumn: a photo story of the city in rich hues