The grand Danube river and the grandiose Budapest – Part 2 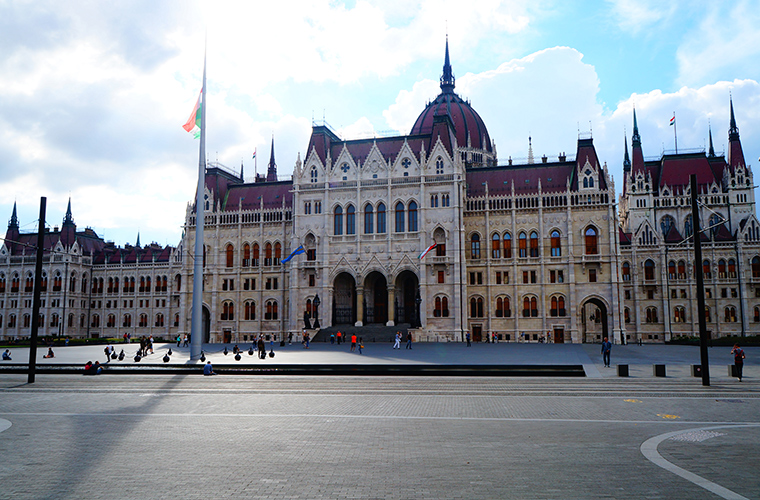 The pearl of the Danube

I embark on this adventure with 3 girlfriends. A unique place where the plains of Pest and the hills of Buda split by the mighty Danube river meet. September is a beautiful time in Budapest. There is this cool indian summer vibe about the place.

I start this journey solo. You can read my travel journey here. Travelling with my boos is irreplaceable. Without much, we just strike this simple balance: much relaxing and exploration during the day; see what locals are up to at night-time.

Budapest and the Danube are heralded as Paris from the East

I read that Budapest is rapidly changing. Customs and traditions however remains. It is early-ish. To kick start our roaming of the city, we settle at the gorgeous “a la maison” for fuel. Indulgence of all the senses fueled by tasteful wholesome and sweet treats. Yummy. Exercising the stomach muscles is one of our favourite sport 😉 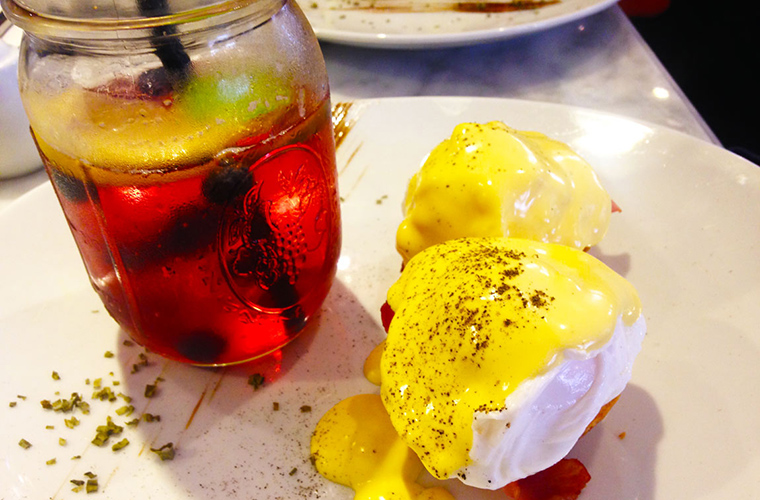 After brunch, we set our exploring wheels in motion. Buda and Pest were reunited 150 years ago. We meander through the city taking in its rich history. The gorgeous weather is an invitation to immerse ourselves in a pool of water. Hoping on a Danube taxi crosses my mind. A journey down the most beautiful avenue in the city is enticing. This after all is perfect to explore the city differently. Particularly as the entire river bank is listed as a Unesco world heritage site. 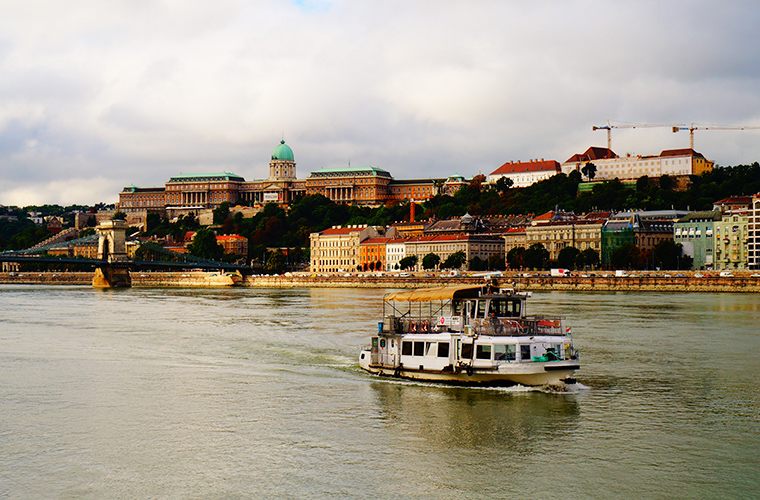 It’s fascinating to see that a lot of the prestigious elements are from the Habsburg era. And most the prestigious buildings are on the river bank. The continuous ballet of river boats down the river is mesmerising. The river remains the soul of the city.

History runs deep in the city

Religious persecution. Communism. The cast iron shoes memorial by the river bank is a sharp reminder of that history. The memorial is in remembrance of Jews shot at point-blank during WWII. They were shot on the bank of the Danube so their bodies would be washed away by the river. Part of the city was renovated after WWII when it was heavily destroyed. 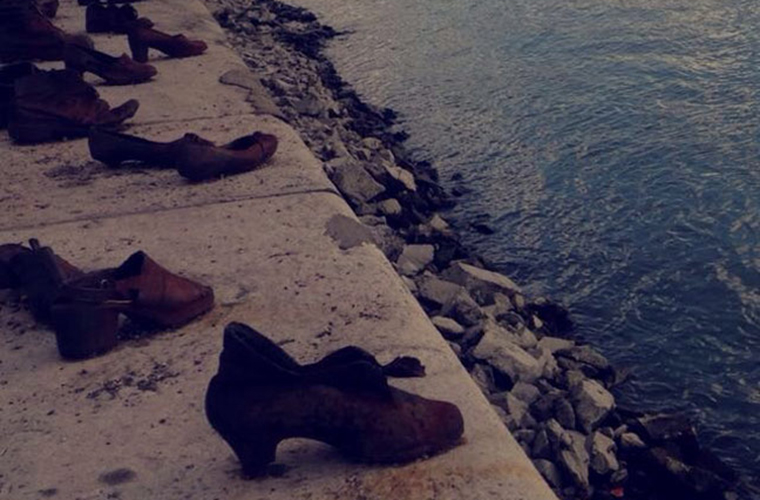 The bridges are the emblem of the city, particularly the chain bridge. Some local says the chain bridge is the most beautiful bridge in the word. The first permanent bridge in the city that saw Pest reunited with Buda. As we move south, the vintage yellow tram from the sixties clangs along the tracks.

South of the city, we pause in central market. This is the oldest and biggest market in the city. Opened in 1896 to celebrate Hungary first millenium. Markets for me are the heartbeat of a place. Heart warming popular vibes. 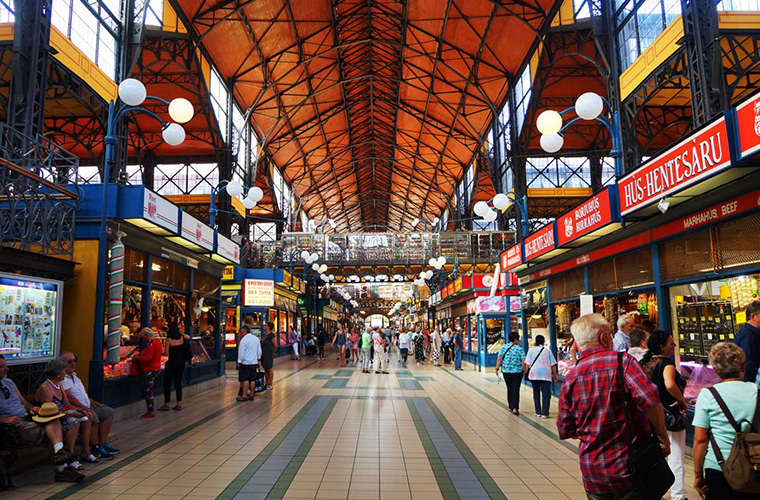 The oldest market hall in the city

The warm air is saturated with rich flavours. It is an invitation to dive straight in. Taste it all. Coffee. Bakery. Spices. People are moving and bustling everywhere. Bewitching. The architecture is impressive and reminiscent of the Eiffel tower. Glass. Iron. Ceramic tiles. This market hall is like a mix between a church and a train station. apparently, under the market hall huge tunnels connect the hall to the river banks.

I am a sucker for architecture. We are standing in Lajos Kossuth square. This building is just huge. A massive dome and two symmetrical facades. The largest and tallest building in Budapest. It reminds me of house of commons back home. The central hall is sumptuous. They also keep the holy crown here. Sheer opulence. Seriously, how much gold can you fit in one place? 45kg to be precise. Is it a castle? Is it a cathedral? I am gobsmacked. 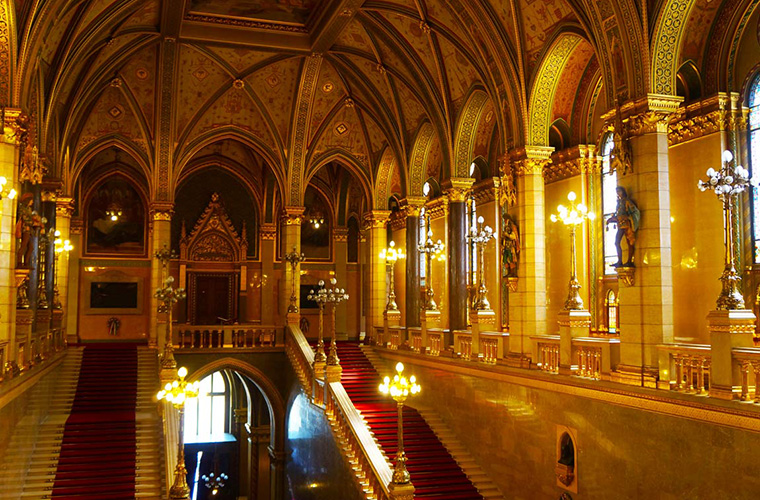 Gold is King. The majestic hall of the Hungarian parliament

Equally impressive is St Stephen Basilica. The later is built as the city get richer. We climb up the numerous stairs leading to the top of the dome. I like to think of myself as a mix of posh and sporty spice. However, a walk in the parc this climb is not. Every single step is worth its weight in sweat. The reward is a breathtaking panoramic view across the city. 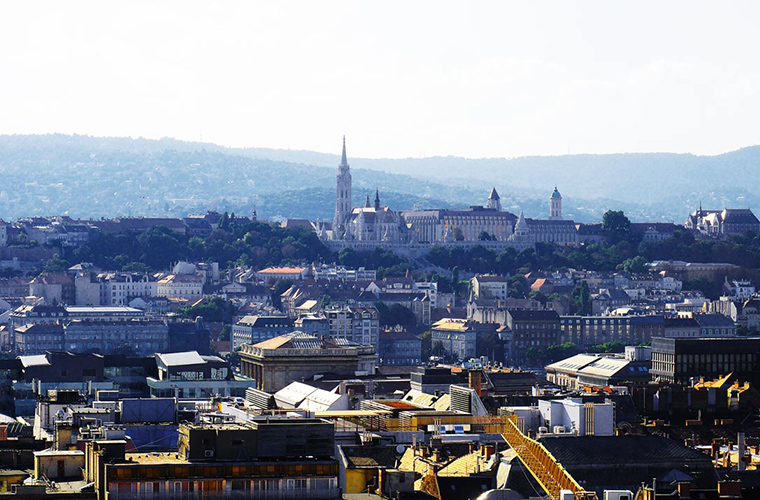 The hills of Buda

The sun rises in Pest and sets in Buda. We therefore hit the climb towards Buda. As the sun goes down the light turns warm gold; Colourful houses greet us. We loose ourselves in the peaceful streets of Varnegyed (castle hill). The ceramic tiled roof of Matthias church glistens under the beaming light. This place is straight out of a fairytale. 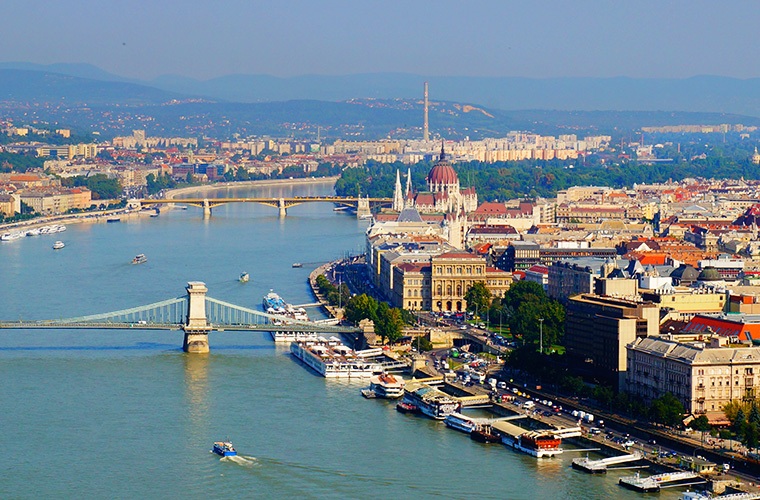 Panoramic view of Pest, the Hungarian parliament and the Danube river

The “eternal panorama” that spreads from the fishermans bastion and Buda castle is bewitching. The panoramic views look out over Pest and Margit. Rightly so it is very popular at sunset. Selfishly though I would happily get rid of the throng and have the place for ourselves.

Time just flies by. There is more for us to explore over the next few days including the thermal bath culture. 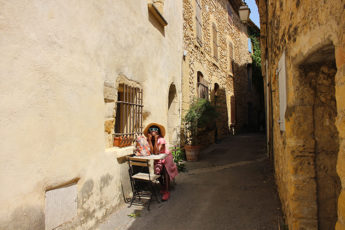 Momentous beauty of Lourmarin: the warmth of the old Provence 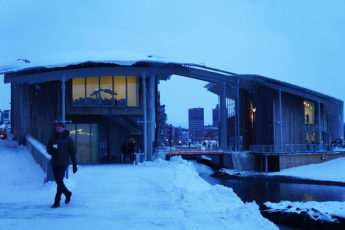 Solo travel in Oslo in the winter: a place filled with happiness and life